An astrophysicist shares tips on how to make the most of the Winter Solstice this weekend – and you don’t even need equipment to start exploring the sky.
Sherry Landow | UNSW Newsroom 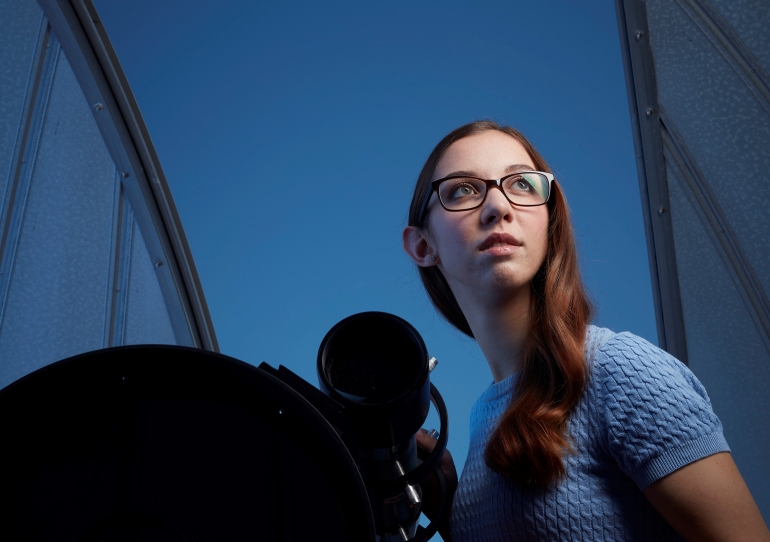 The COVID-19 pandemic has caused many people to put their day-to-day lives on pause, whether this meant cancelling travel plans, working or studying from home, or putting a halt to in-person social interaction.

“There are fewer planes in the sky than usual, and – with less activity going on in the major cities – there’s also less air pollution,” says Ms Banks.

“This makes the sky clearer, which is perfect for stargazing.”

As the Southern Hemisphere is moving into winter, the Milky Way Galaxy is also rising in our skies – making the view even more spectacular.

“We’re about to get a front row seat to the centre of the galaxy,” she says.

Ms Banks is a Scientia PhD Candidate in the School of Physics at UNSW Sydney. As part of her PhD project, she is mapping the Milky Way Galaxy using galactic archaeology – what she likes to call ‘Indiana Jones in space’.

Through mapping, she hopes to understand more about the history of the galaxy, including how it formed and evolved.

Ms Banks sees stargazing as a source of adventure and relaxation – but also as a way to consider our place in the universe.

“The universe is beautiful, majestic, terrifying and humbling."

“Understandably, it might make people feel very small. For me, though, gazing up at the night sky makes me feel large and full.”

Stargazing can also be a source of comfort, especially in times of disconnection, like COVID-19.

“Looking up at the night sky has kept me going during the pandemic,” says Ms Banks.

“Even though we need to be physically distant now, we all share a piece of the same night sky.” 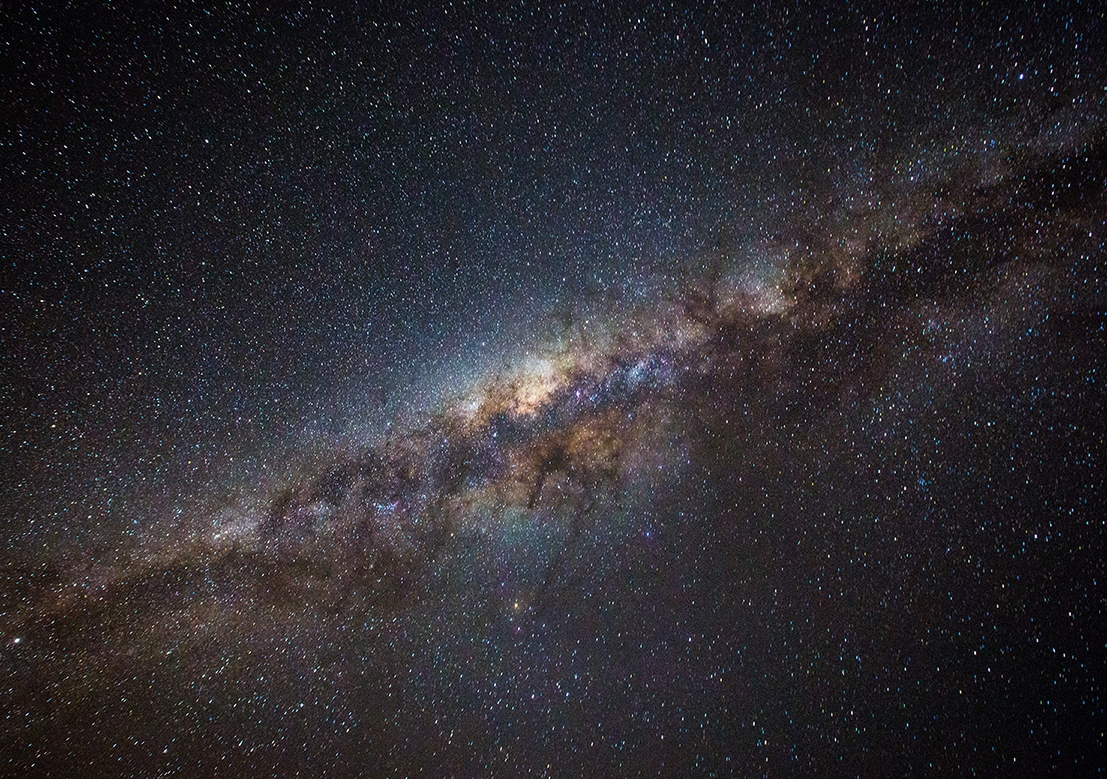 How can I get started?

As the longest night of the year, it’s a great chance for beginner stargazers to make the most the night sky.

Here are Ms Banks’ top tips for stargazing not only this weekend, but all throughout winter.

Don’t worry about not having the right stargazing equipment, says Ms Banks – your eyes are the only thing you need to begin stargazing.

“A great way to start is to simply walk outside and look up,” she says. “There’s a lot you can see with your naked eyes.”

Planet-hunting is one of her favourite things to do when she doesn’t have equipment available.

“To find a planet, look for a light in the sky that stays bright,” she says. “Jupiter, Saturn and Mars are starting to rise in the night sky now – and they’ll get even easier to see over the next few months.”

Once you’ve been able to spot a few planets with your eyes, the next step is to buy a pair of binoculars.

“You can easily see the moons of Jupiter with a pair of binoculars,” says Ms Banks. “You might also be able to see a bit of a ring system around Saturn – not the rings themselves, but Saturn will look elongated.”

Those who are super keen can invest in a telescope. Ms Banks owns a small five-inch telescope that cost about $1000 and does a great job.

“With a telescope, you can see a lot more detail and can even try to discover new things in the sky.

“Anything that you can afford is a wonderful step forward to being able to appreciate our universe more.” 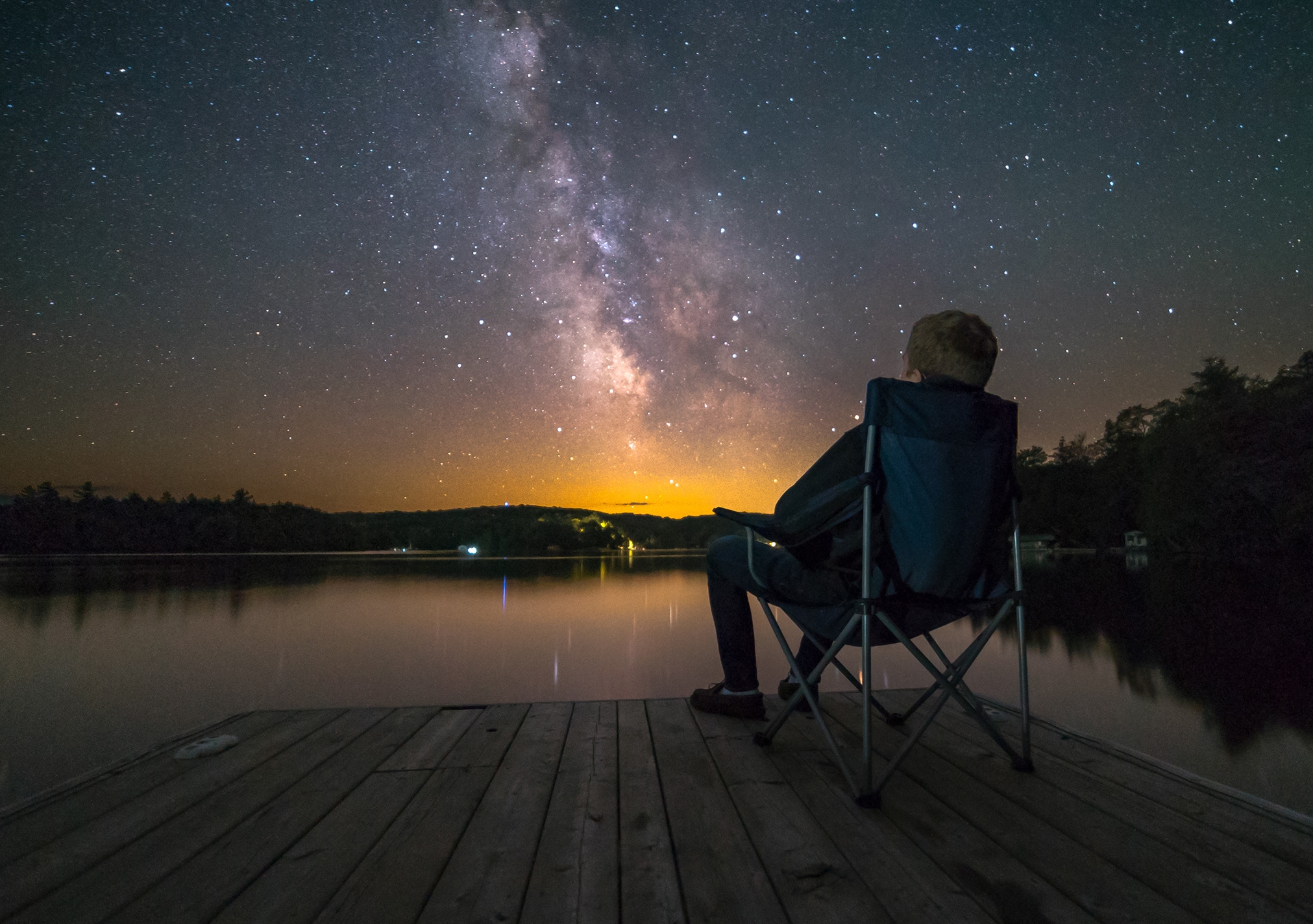 While the best place to stargaze is somewhere with no light pollution, you don’t need to leave the city to stargaze, says Ms Banks.

“It’s definitely possible to stargaze from Sydney or other major cities around Australia.

“From the city, you should be able to find some planets, bright stars and bright constellations.”

To maximise visibility, Ms Banks recommends city-siders find their local park or oval to stargaze from.

“Parks are great places because there’s not a lot of direct light on to your face and eyes.”

It’s also possible to see the Milky Way (or at least part of it) in places not far from Sydney, like the Blue Mountains and Southern Highlands.

If you see a light that twinkles (rather than flashes like a plane), you’ve most likely spotted a star. While beautiful on their own, they might also be part of a star group, like a constellation or star cluster.

“Constellations can be seen with the naked eye when taking a broad view of the sky,” says Ms Banks, who speaks about The Emu in the Sky – a constellation based on the dark space around the Milky Way – in her 2019 TEDx talk on the history of Australian Aboriginal Astronomy.

“We tend to see the sky as a 2D surface, but stars in constellations aren’t necessarily close to each other in 3D space. For example, the stars in the Southern Cross look close together, but one star is 86 light years away from us while another is 144 light years away.”

Star clusters, on the other hand, are groups of stars that are in the same area of space. You will need binoculars to find them.

“If you just wander around the sky looking through your binoculars, you might find a couple of star clusters,” says Ms Banks. “These are easy enough to see, even in the big city.

“To find these clusters, look for lots of stars concentrated together in the same field of view.” 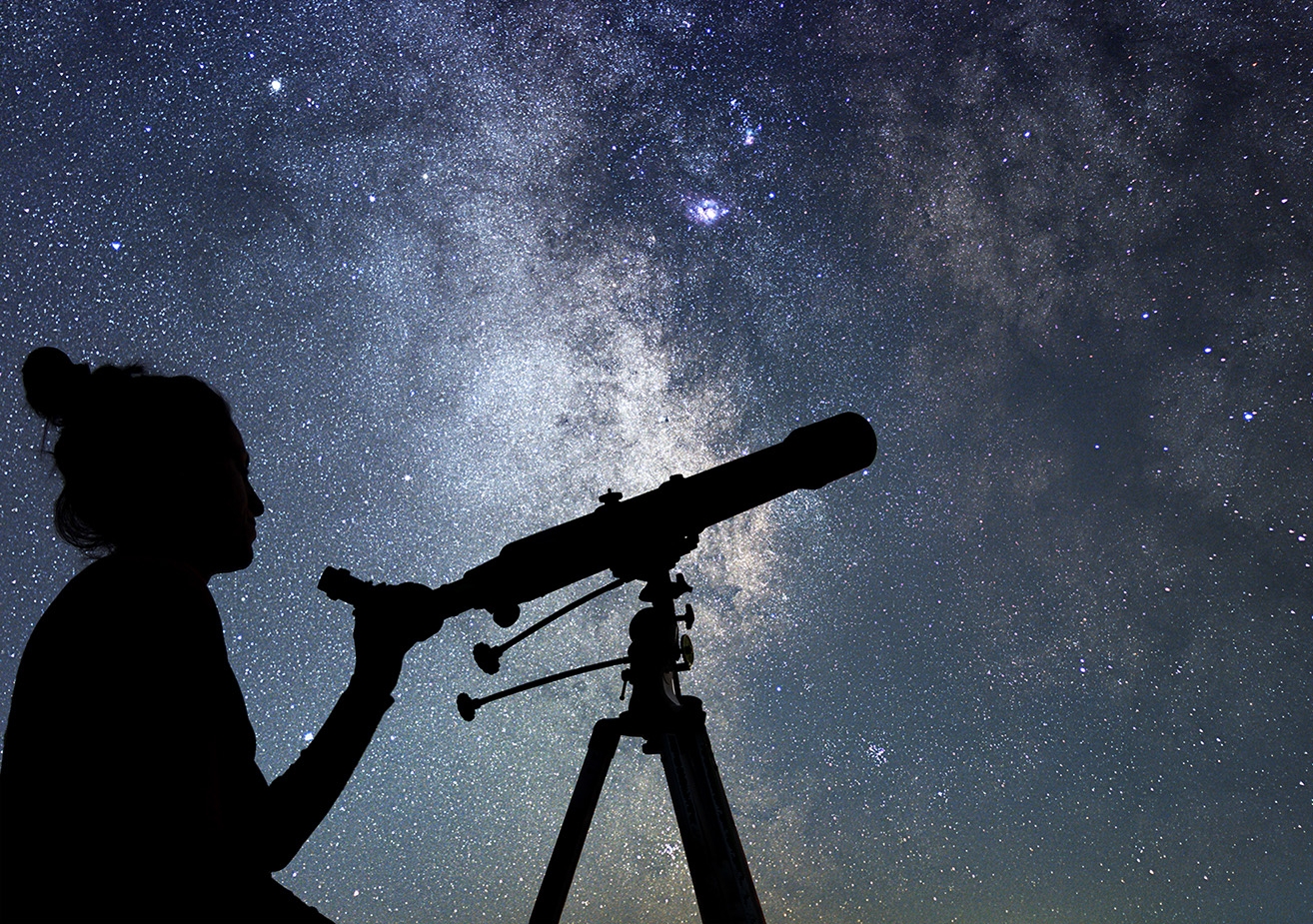 Jupiter, Mars and Saturn are now visible in the night sky, but you need to stay up late to see them.

“While some of these planets are rising early in the evening, to see them clearly, you will need to stay up until at least after 10pm,” says Ms Banks.

“As we move deeper into winter, the planets will start rising earlier and will be even easier to see.”

Spotting planets on their own is a lot of fun, but they also do a lot of interesting things throughout the year.

“The biggest celestial event of the year is happening in December,” she says.

“Jupiter and Saturn are slowly moving closer together in the sky – at least, from Earth’s perspective. On 21 December, there will be a ‘great conjunction’, where the two planets get so close that they will look like one, extra bright planet to the naked eye.”

While this celestial event is one to put in your calendars, Ms Banks says don’t wait until then to start looking up.

“It’s always a good time to stargaze! Don’t wait – just get out there and start exploring.”