With over 20 years teaching and researching analytical chemistry at UNSW, Dr Sergio Dilli inspired a generation of scientists with his lifetime love of learning. 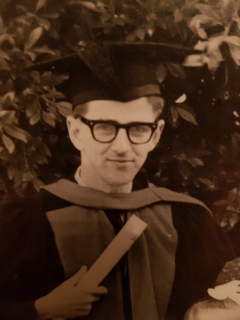 Dr Dilli spent his most of his professional life at UNSW Science’s School of Chemistry.  He received his PhD in 1966 at UNSW in analytical chemistry and continued to teach at there until his retirement in the late ‘80s.

With over 70 research publications, Dr Dilli’s research and teaching focused on analytical chemistry a field that assesses the chemical structure and nature of substances and is used in areas like toxicology, pharmaceuticals and forensics. He was the resident expert in gas chromatography in the Department of Analytical Chemistry, and he was particularly fond of applying this technique to the separation of metal chelates.  He was well-known internationally for this research.

“I first encountered Serge in 1970 as a third-year undergraduate student, and I was a colleague of his for the next 20 or so years.  Serge was an exceedingly meticulous scientist who never took any short cuts in either the conduct of science or in writing up the results.  Anybody who took a manuscript to Serge for comments could expect the draft to be returned covered in red ink.  He was an absolute stickler for the correct use of English,” said Prof. Haddad.

Prof. Haddad found Serge to be quietly spoken, polite and attentive to everyone, especially his students.

“When addressing undergraduate students in the teaching laboratories Serge would approach students who were not performing the experiment properly and ask politely "May I offer a suggestion?". I never heard him raise his voice and he always maintained a calm, approachable and friendly demeanour. He was a dedicated and popular supervisor of research students,” said Prof. Haddad.

“Not only did Dr Dilli have superlative knowledge in his area of expertise, he fostered a welcoming and collegial atmosphere in his research group and made the tenure of our candidature a happy and memorable one. He cared for our academic as well as personal interest. Almost all his post-graduate students kept in touch with him after graduating and he generously continued his mentoring role,” Dr Tong said.

Amusingly, Professor Hadded reflected on his colleague’s fastidious nature that appeared in many of his daily routines.

“He had his own unique way of making a cup of tea during the morning and afternoon tea breaks.  He would start by using a 250 mL glass beaker as his teacup, to which he would add precisely the required amount of tea and boiling water.  After a specified time to allow the tea to brew, he would insert the 250 mL beaker into a 500 mL beaker containing some cold water (as a heat sink).  He would then vigorously stir the tea until it cooled to exactly the right temperature (measured with a thermometer), then he would add milk and drink the tea.”

“When I asked him why he followed such a complex procedure he just smiled and said that each step needed to be performed at its own optimal temperature and that this was the only way to make a proper cup of tea,” explained Prof. Haddad.

Dr Dilli’s daughter, Julia, said his passion for science resonated with all who knew him.

“Dad was a lifelong learner.  He inspired those he taught at tertiary level, as well as his family and friends. He was curious and kind to the end,” she said.

Dr Dilli is pictured at his retirement from UNSW in the late ‘80s. 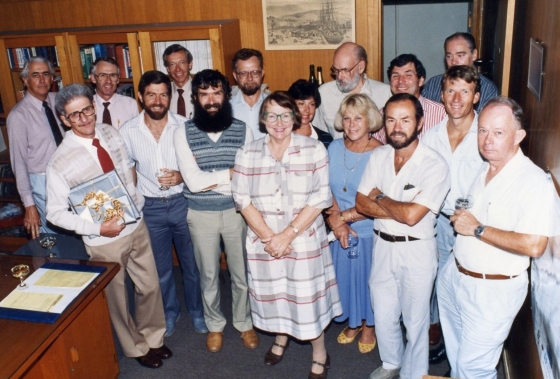