Two types of neuronal circuit in the brain that acquire and update voluntary actions are much more intertwined than previously thought. 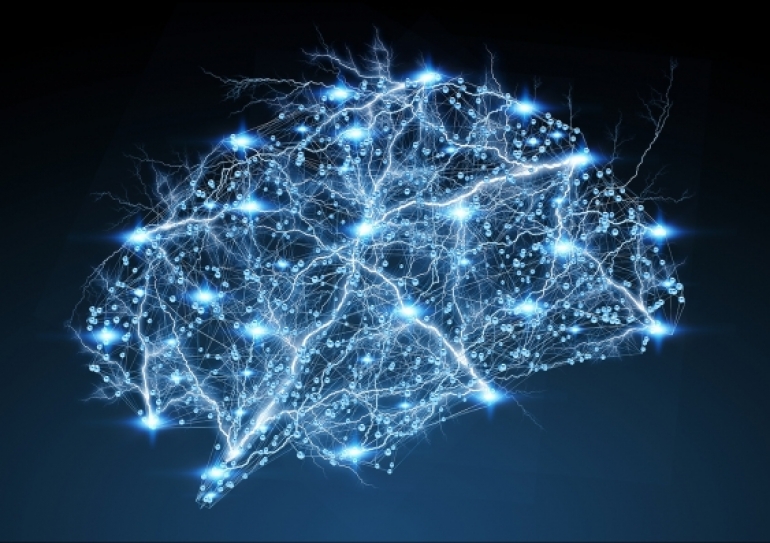 Scientists at UNSW Sydney’s Decision Neuroscience Lab have made a major discovery about the way brains influence behaviour which challenges theory that has stood for 30 years.

And the findings could one day have key implications for the way we treat brain related diseases such as Parkinson’s or deal with conditions like Tourette’s syndrome.

In a paper published today in the prestigious journal Science, the research team of Dr Miriam Matamales and Dr Jay Bertran-Gonzalez, together with Neuroscience Lab Director, Scientia Professor Bernard Balleine, wanted to determine the relationship between the two main types of neuron found in the striatum, a major area of the brain responsible for voluntary movement in animals and humans.

They set up experiments to observe mice while they learned new actions that led to a reward of food, then examined the activity of these neurons in large areas of the striatum. They looked specifically at the activity of the two classes of neuron in this area – those expressing D1 or D2 types of dopamine receptors.

For the last three decades, these D1- and D2-neurons were thought to have an independent influence on voluntary action, respectively initiating and inhibiting reward-seeking behaviour. While studying how these two types of neuron became active during learning, the team began to find an unexpectedly high degree of interaction between them which happened locally, within the striatum itself.

For an example of behaviour where these neurons would be active, Dr Matamales suggests a simple, but common scenario of walking into a room and flicking on a light switch to find the light doesn’t work.

“So you walk into a room, flick the switch without even thinking about it, and there’s no light,” she says. “You learn something has changed and so the behavioural response has to be modified by that learning. What we’re interested in is what changes in the brain are necessary to update that learning to realise ‘oh, the bulb’s blown, I should stop flicking the switch expecting the light to go on’. Although this may seem trivial at one level, this kind of plasticity in decision making processes is going on all the time. Updating learning to control our actions is a critical aspect of brain function acquired through evolution, to stop us wasting valuable energy by repeating a task for no reward.”

Professor Balleine explains that what is happening is that prior learning about behaviour tied to one outcome is put on hold while an updated version relevant to the change in the environment is rewritten.

“This regulation of voluntary action is not about getting rid of or replacing the knowledge or behaviour, it’s about being more efficient in stopping actions that use energy for no reward,” he says. “You’ve got a neuron, the D1-neuron, that’s involved in acquiring and maintaining ongoing behaviour and another, the D2-neuron, that’s engaged in updating that behaviour when there are changes in the environment. And what is game changing is that this critical interaction is going on in the striatum, not further downstream in more distant motor output structures of the brain as was thought previously.”

Professor Balleine says this new understanding of the D1 and D2 neurons intermingling in the striatum during learning could have important implications for medicine and even our concept of how voluntary actions are acquired and altered.

“Our research suggests that the whole theory of basal ganglia function that people have been working with in order to try and treat diseases of various kinds, is seriously incomplete,” he says.

Diseases that are associated with basal ganglia function include Parkinson’s and Huntington’s disease, dementia, dystonia, Tourette syndrome and obsessive-compulsive disorder.

Dr Bertran-Gonzalez suggests that a clue to understanding at least some of these conditions could be found in the learning-related functions of the striatum.

“Most basal ganglia dysfunction appears later in life and takes years to settle,” he says. “Some conditions are expressed by aberrant behaviour, where movements or whole actions that should be inhibited are not inhibited, perhaps because they never learned to be inhibited in the striatum, or because that learning was deficient. In such cases, in addition to simply attempting to counter uncontrolled motor movements, we should perhaps explore more progressive therapy that tries to correct this early learning. I think that we should add a learning perspective to virtually all treatments of basal ganglia dysfunction. After all, most of our current behaviour is no more than learning’s ‘work in progress’.”

Professor Balleine notes that with health conditions related to the basal ganglia, the striatum could be the new target area for medical intervention.

“We believe these findings have the potential to re-target treatments of basal ganglia disorders to the striatum,” Professor Balleine says. “One of the most exciting parts of this research is that it speaks to particular connections between particular neurons within a particular structure. So it really gives great targeting information for treatment, and gives us new ways to think about these problems.”

Dr Matamales says while the research raises hopes for new ways to treat health problems relating to brain function, there is still plenty of research ahead before the observations in mice are replicated in humans.

“It is exciting to think that our new understanding could one day be used to target problems in the brain with more depth,” she says. “But the important thing you can say about this work right now is that we are providing more evidence to relate these neurons in the striatum with learning and cognition rather than simply motor output.

“Hopefully this will lead to further breakthroughs that help us understand how the brain learns and how we adapt our behaviour to our environment.”