A giant marsupial that roamed prehistoric Australia 25 million years ago is so different from its wombat cousins that scientists have had to create a new family to accommodate it.
UNSW Media | UNSW Newsroom 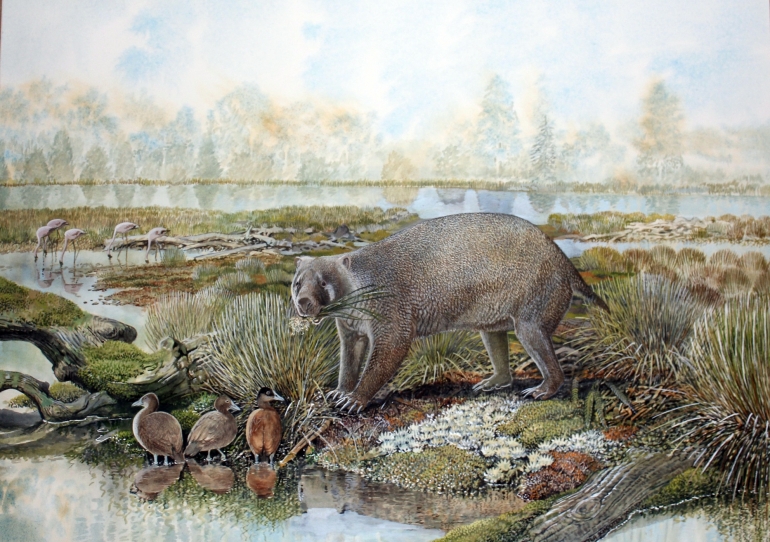 The unique remains of a prehistoric, giant wombat-like marsupial – Mukupirna nambensis – that was unearthed in central Australia are so different from all other previously known extinct animals that it has been placed in a whole new family of marsupials.

Mukupirna – meaning “big bones” in the Dieri and Malyangapa Aboriginal languages – is described in a paper published today in Scientific Reports by an international team of palaeontologists including researchers from the UNSW Sydney, Salford University in the UK, Griffith University in Brisbane, the Natural History Museum in London, and the American Museum of Natural History in New York. The researchers reveal that the partial skull and most of the skeleton discovered originally in 1973 belonged to an animal more than four times the size of any living wombats today and may have weighed about 150kg.

An analysis of Mukupirna’s evolutionary relationships reveals that although it was most closely related to wombats, it is so different from all known wombats as well as other marsupials, that it had to be placed in its own unique family, Mukupirnidae. 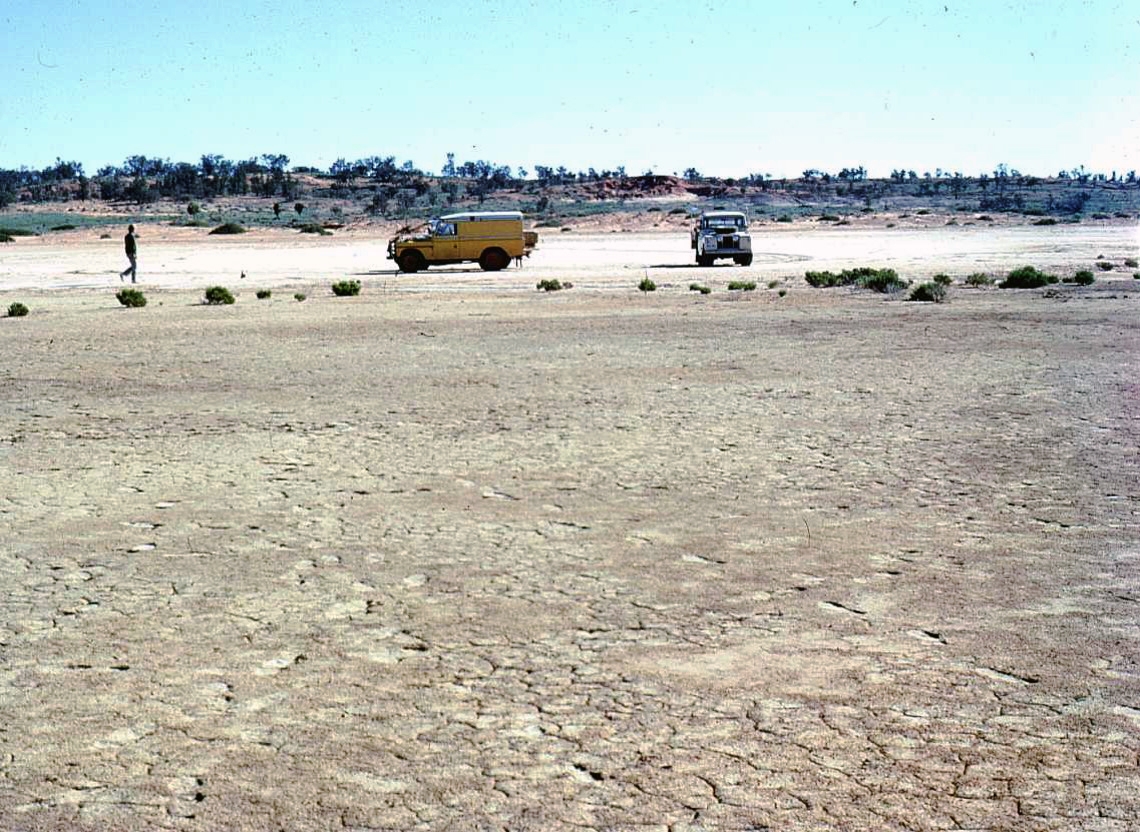 UNSW Science’s Professor Mike Archer, a co-author on the paper, was part of the original international team of palaeontologists along with Professor Dick Tedford, another co-author, that found the skeleton in 1973 in the clay floor of Lake Pinpa – a remote, dry salt lake east of the Flinders Ranges in South Australia. He says their discovery of Mukupirna was in part due to good luck after an unusual change in local conditions exposed the 25 million-year-old fossil deposit on the floor of the dry salt lake.

“It was an extremely serendipitous discovery because in most years the surface of this dry lake is covered by sands blown or washed in from the surrounding hills,” he says.

“But because of rare environmental conditions prior to our arrival that year, the fossil-rich clay deposits were fully exposed to view. And this unexpected view was breathtaking.

“On the surface, and just below we found skulls, teeth, bones and in some cases, articulated skeletons of many new and exotic kinds of mammals. As well, there were the teeth of extinct lungfish, skeletons of bony fish and the bones of many kinds of water birds including flamingos and ducks.

“These animals ranged from tiny carnivorous marsupials about the size of a mouse right up to Mukupirna which was similar in size to a living black bear. It was an amazingly rich fossil deposit full of extinct animals that we’d never seen before.” 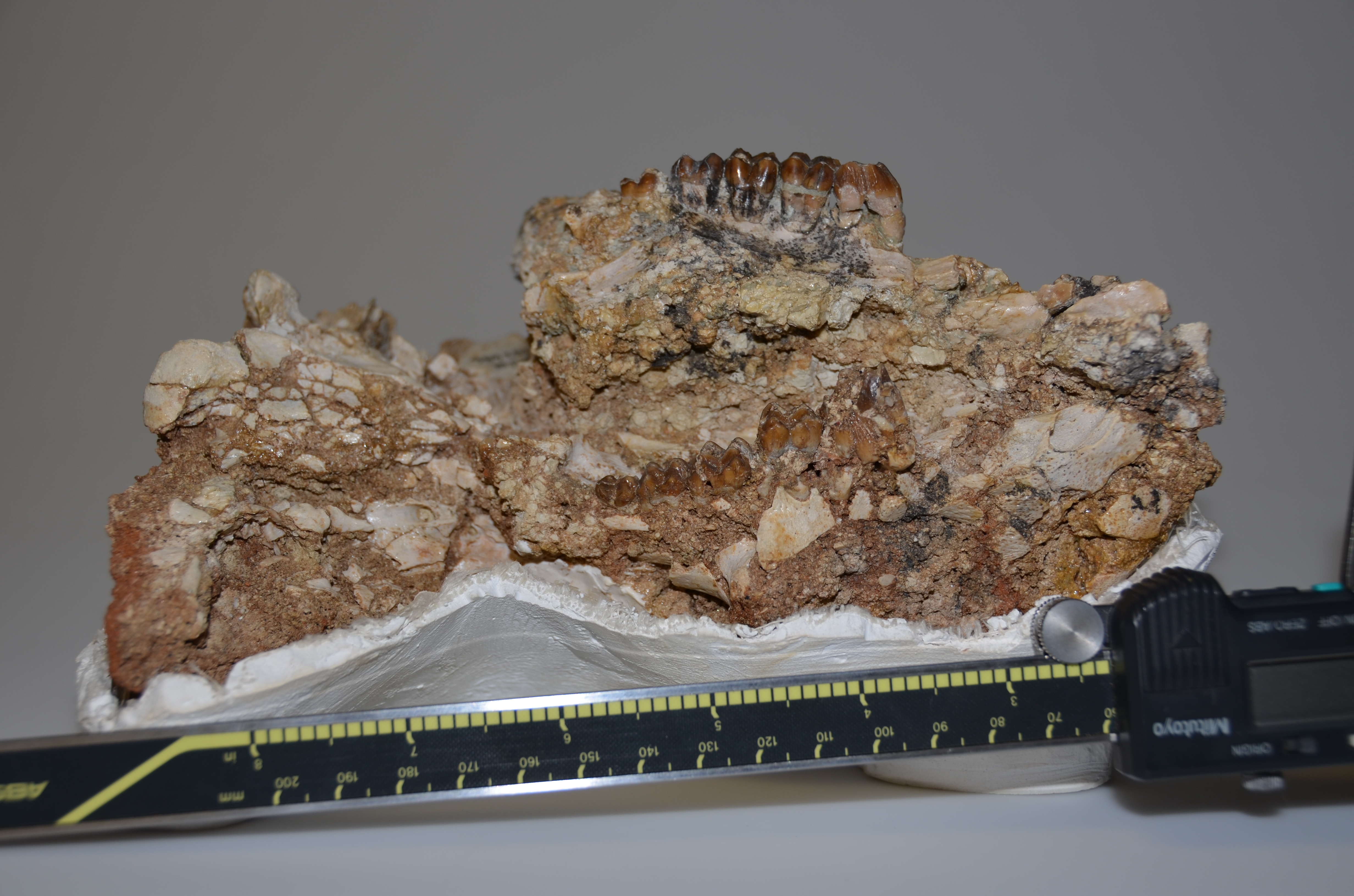 Griffith University’s Associate Professor Julien Louys, who co-authored the study, said “the description of this new family adds a huge new piece to the puzzle about the diversity of ancient, and often seriously strange marsupials that preceded those that rule the continent today”.

The scientists examined how body size has evolved in vombatiform marsupials – the taxonomic group that includes Mukupirna, wombats, koalas and their fossil relatives – and showed that body weights of 100 kg or more evolved at least six times over the last 25 million years. The largest known vombatiform marsupial was the relatively recent Diprotodon, which weighed over 2 tonnes and survived until at least 50,000 years ago.

“Koalas and wombats are amazing animals” says Dr Beck, “but animals like Mukupirna show that their extinct relatives were even more extraordinary, and many of them were giants.”

The original party that discovered Mukupirna in 1973 was an international exploration team led by Professor Dick Tedford from the American Museum of Natural History along with palaeontologists from the South Australian Museum (Neville Pledge), Queensland Museum (where Professor Archer was Curator of Fossil & Modern Mammals at the time), Flinders University (Professor Rod Wells) and the Australian Geological Survey Organisation (Mike Plane and Richard Brown).