From honours degree to a deep dive into the abalone industry

A UNSW alumnus’ love for scuba diving took him on a marine science tour – from seagrass research to now working at an abalone hatchery.
Ivy Shih | UNSW Newsroom 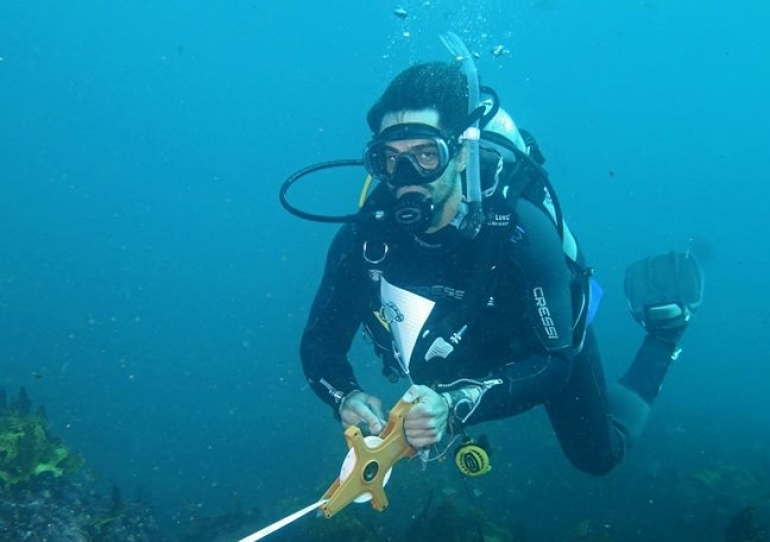 Today, the UNSW Sydney alumnus – who completed a marine science honours degree in 2014 – works in the aquaculture industry, watching over thousands of juvenile abalone at an abalone hatchery in Bremer Bay, Western Australia.

Abalone are a family of reef-dwelling marine snail. The mollusc is widely considered to be a seafood delicacy, but the high demand in the seafood market has depleted wild populations worldwide. Commercial hatcheries offer a sustainable alternative to the world’s growing appetite for abalone.

888 Abalone control the whole abalone life cycle on the farm, nurturing baby larvae into adulthood, which can take up to 3 years. As General Manager at 888 Abalone, Mathew’s job is to make sure everything runs smoothly on the farm. This includes abalone care and cultivation to keeping up to date with Western Australia fisheries and government policy. The farm consists of rows of tent-like buildings called ‘domes’. Each ‘dome’ can fit up to 72 giant tanks containing about 240,000 abalone each.

“Abalone care is a complex cycle of feeding and cleaning to make sure they are always in peak health,” Mathew explains.

During abalone breeding season in September, the nurseries are a hive of activity. All hands are on deck, collecting abalone eggs and sperm and adding them at the perfect ratio to make sure they hatch into abalone larvae. 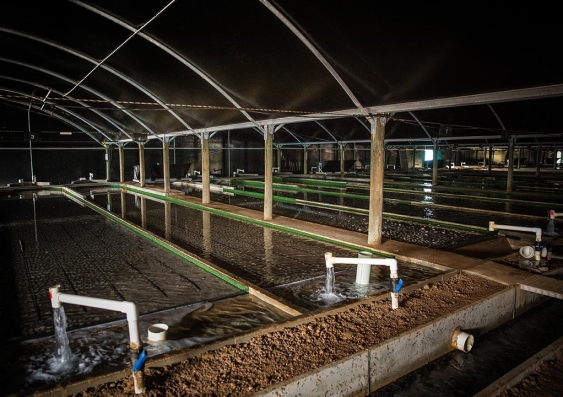 The inside of a ‘dome’ at 888 Abalone. Photo: Krysta Guille

Apart from monitoring the well-being of the abalone stock at every stage of its life cycle, Mathew also needs to be vigilant in enforcing strict biosecurity standards at 888 Abalone, to prevent any disease outbreaks such as abalone viral ganglioneuritism in the abalone population.

When an abalone is infected, the virus affects its nervous system and makes their mouth swell, preventing it from feeding. A single outbreak can lead to 80% loss in stock.

To prevent that from happening, Mathew works closely with Western Australia Fisheries and the abalone farm staff to make sure everyone is trained to identify if any abalone viral ganglioneuritism is present in the domes.

Moving between ocean creatures and skills

A career change from studying seagrasses to looking after abalone may seem like a big leap to some, but to Mathew, working at 888 Abalone was not an entirely foreign concept.

“It was a really unique job opportunity, made possible by a combination of personal experience and professional skills I gained during my honours degree and working as a research assistant,” Mathew says.

“Aquaculture for one has more than satisfied my curiosity for understanding how things work.”

“UNSW always had work experience opportunities available, both paid or voluntary, that helped to shape the direction I wanted to go," he explains.

“I can’t emphasise how much UNSW has improved my education in that regard. The amount of opportunity, the amazing field work – it was fantastic.” 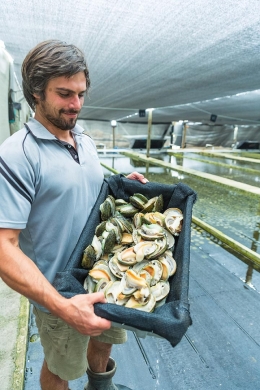 Mathew says it is important to realise that a science degree provides transferable skills that can be applied to multiple industries.

“Diving was a big part of my studies, and I’m still diving in my work,” says Mathew.

“I go out to clean all the intake lines, which are pipes in which we pump ocean water to the farm.”

Even though Mathew has moved away from fieldwork, the ability to apply research principles and the scientific method has stayed with him.

“Definitely in my current position, the biggest thing my honours taught me was time management,” says Mathew.

“I also still read scientific papers every day to find new ways of improving our processing techniques at the farm to give abalone the best chance.”

Many students feel limited by the idea that the only pathway from a science degree leads to research or academia, but Mathew says there are so many other rewarding career paths.

“Don’t limit yourself to that idea – I fell into that trap myself, in all fairness,” says Mathew.

“Aquaculture for one has more than satisfied my curiosity for understanding how things work.”

Mathew’s advice is to just make as many connections are possible, with as many different types of industry as possible.

“Don’t just limit your network to researchers. Speak to government officials, speak to some people that work in aquaculture, try and make connections through that,” he says.

Growing up in Tasmania, Mathew spent many hours scuba diving with his friends.

“Tasmania is one of the most fantastic places to see temperate kelp forests,” he says.

“If you ever get a chance to swim through the giant kelp – they are the eeriest thing I’ve ever seen. It is absolutely stunning.”

Some of his diving instructors were ex-abalone divers, which was where Mathew had his first brush with the abalone industry. A friend’s father was also an ex-abalone diver.

But growing up among people in the know did not prepare Mathew for the full complexity of the abalone industry.  He says it is a constant learning experience. 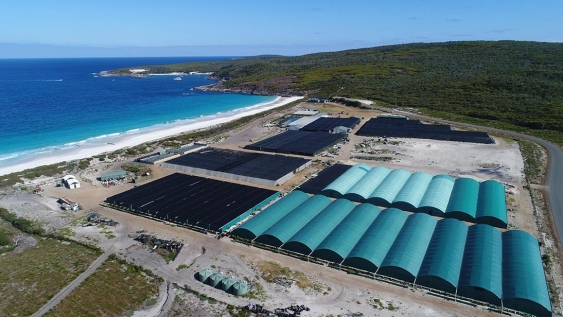 “There is always so much to learn, from the industry to abalone biology,” he says.

For instance, abalone are haemophiliacs, which means that they do not have a clotting agent in their blood.

“If you injure or cut an abalone, it will bleed out and die.”

Mathew still regularly goes scuba diving in his free time, too. Although the marine landscape is markedly different from the waters of Tasmania and the southern coast, the west coast of Australia possesses a unique beauty that is second to none.

“The sheer biodiversity on the west coast has no equal,” he says.

“The staggering amount of wildlife in that part of the ocean is incredible and I always say it is one of the most underrated coastlines in Australia.”