Dishonesty may be more widespread in the animal kingdom than previously thought with new research showing that male fiddler crabs "lie" about their fighting ability.
| UNSW Newsroom 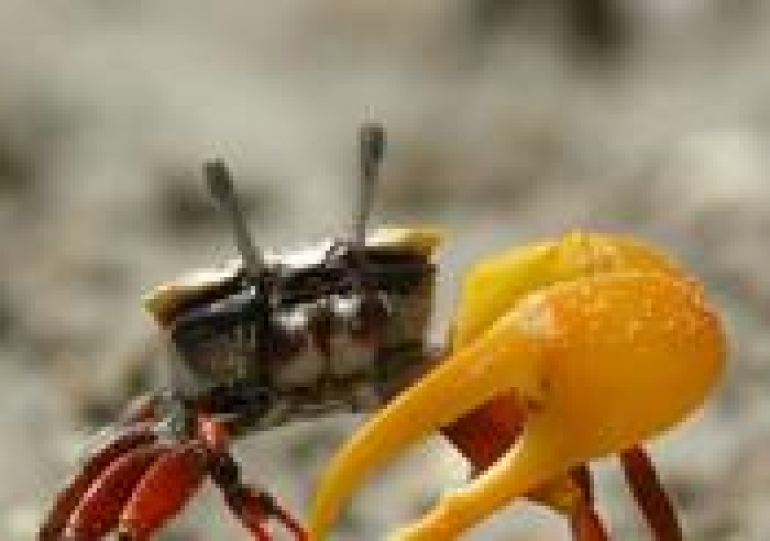 Dishonesty may be more widespread in the animal kingdom than previously thought. A team of Australian ecologists has discovered that some male fiddler crabs "lie" about their fighting ability by growing claws that look strong and powerful but are in fact weak and puny.Published in the British Ecological Society's journal Functional Ecology, the study is the first direct evidence that crabs "bluff" about their fighting prowess.The signals animals send each other about their fighting ability - and the honesty of these signals - is a long-standing problem in evolutionary biology. According to lead author Dr Simon Lailvaux of the UNSW School of Biological, Earth and Environmental Sciences, fiddler crabs are ideal for studying dishonesty in signalling. The males have one claw that is massively enlarged, which they use to attract females or fight rival males, and if they lose this claw during fights they can grow a replacement. In most species the new claw is identical to the lost one, but some species cheat by growing a new claw that looks like the original but is lighter and toothless."What's really interesting about these 'cheap' claws is that other males can't tell them apart from the regular claws. Males size each other up before fights, and displaying the big claw is a very important part of this process," Dr Lailvaux said.For more on this story visit Faculty of Science News.Source: British Ecological SocietyMedia Contact: Dan Gaffney | 0411 156 015 | d.gaffney@unsw.edu.au
View source open_in_new