The fishy business of artificial reefs

How artificial reefs are helping the East Australian Current deliver a conveyor belt of food to a ‘wall of mouths’ or baitfish, with benefits for recreational fishers.
Diane Nazaroff | UNSW Newsroom 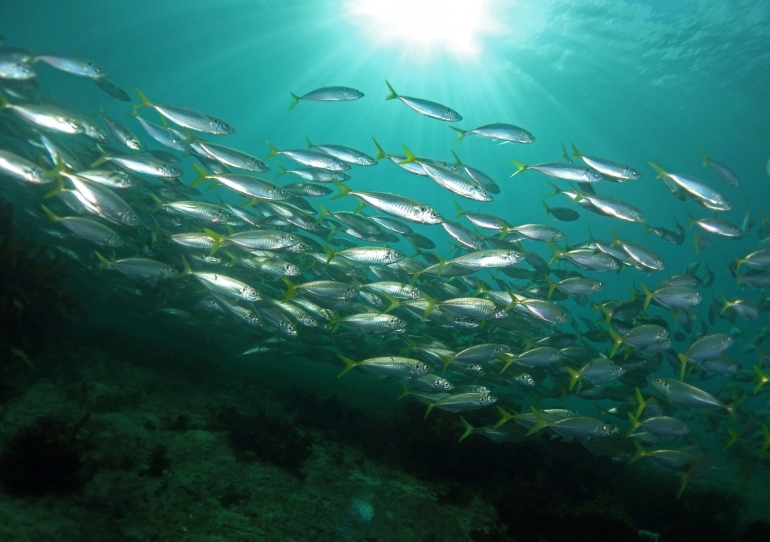 It’s an important finding which could lead to more effective manmade reefs being built to help recreational fishers.

Using a high-tech fish finder called a multibeam echosounder, the School of Biological, Earth and Environmental Sciences researchers gained a 3D picture of five natural and three artificial reefs off Sydney during the day and at night and under different conditions. 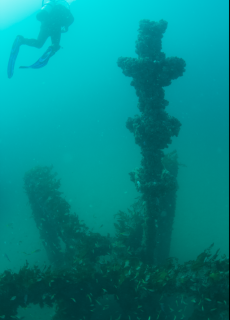 They found that the tall vertical habitats provided by the 9-metre-high artificial reef allowed baitfish such as yellowtail scad and mado to spread out and feed much higher above the seafloor while still remaining close to the safety afforded by physical structures.

Because they had a higher structure to protect them, these bottom-of-the-food chain fish also had more access to food – drifting plankton – than they would receive on a low-lying natural reef.

And thanks to the ‘meal delivery service’ - the East Australian Current - consistently delivering a conveyor belt of plankton as their food, these baitfish are eating more, with subsequent benefits for their predators, including the bluespotted flathead, one of NSW’s most iconic commercial and recreational fish.

Their study, which has been published in Marine Ecology Progress Series, has implications for the eight artificial reefs in New South Wales.

“Zooplankton and these small fish support around half of the fish biomass,” one of the study authors, Professor Iain Suthers from the School of Biological, Earth and Environmental Sciences says. 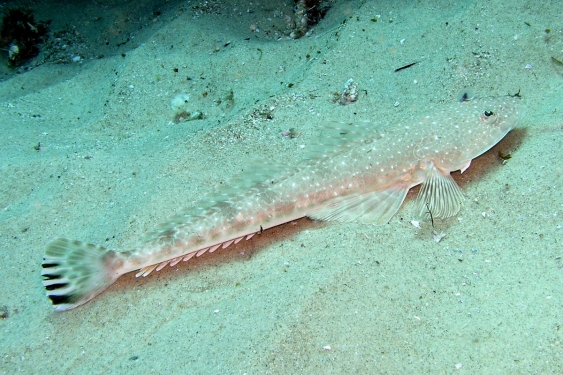 “The schools of these small fish are sometimes referred to as a ‘wall of mouths’ as they persist over a reef and peck the zooplankton from the tidal flow.

The study describes the so-called ‘pinch point’ of the coastal food web and helps explain why reefs around Sydney can be such productive habitat for forage fish, despite a 50 per cent decline in kelp, which itself supports coastal food webs and subsequently fish off the NSW coast. 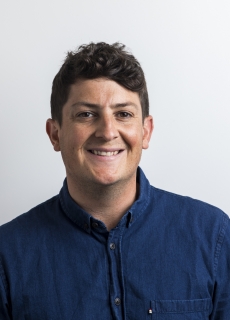 Lead author Matthew Holland, who conducted the research when he was a PhD candidate at UNSW Science and is now a Research Fellow at University of Plymouth in the UK, says artificial reefs allow the fish to use space differently than they do in nearby natural habitats.

“Across temperate and subtropical coastal areas, like the coast of Sydney, much of the seafloor is relatively flat and featureless,” Dr Holland says.

“But rocky reefs or any form of hard structure on the seafloor is rare overall and fish tend to congregate on structures such as artificial reefs.

“By building artificial reefs as ‘skyscrapers’ rather than ‘single-story buildings’, we can provide more usable space for the fish, which can travel up and down in the water column while remaining close to these structures for protection from predators.”

Dr Holland says they were surprised by the huge quantity of plankton actually drifting over the natural and artificial Sydney reefs.

“We collected zooplankton samples by towing nets behind the boat during our surveys,” he says.

“Based on the speed of the current, we worked out that 43 grams of zooplankton was delivered to each square metre of reef every hour during the day.

“Based on the energy requirements of the fish we studied, each square metre of reef could potentially support up to 25 kilograms of fish feeding only on these tiny organisms.” 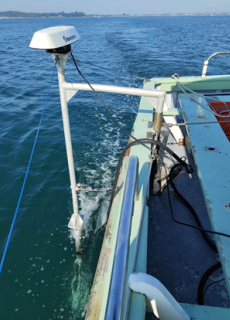 Like artificial reefs, oil rigs off California have been found to be some of the most productive reef habitats.

Prof. Suthers says the study justifies the decommissioning of old oil and gas pipelines or platforms in the Bass Strait and the North-West Shelf for use as artificial reefs.

But Dr Holland says that while the scientists demonstrated why artificial reefs can be more productive than natural ones, they aren’t necessarily a replacement for natural reefs.

“It is important that we preserve natural reefs as well to maintain this biodiversity.”

Now the scientists are keen to see their findings shape the design and location of future artificial reefs in the hope of enhancing coastal environments and improving opportunities for recreational fishers. 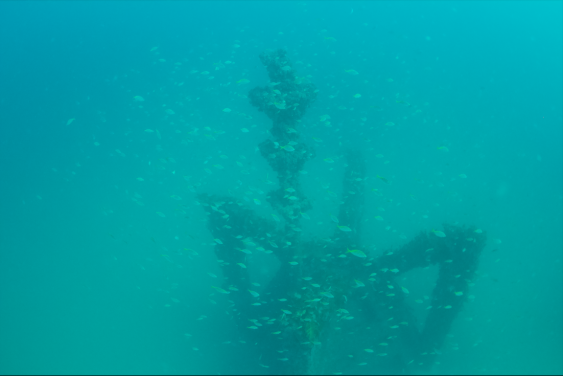 Baitfish around the artificial reef surveyed by the researchers. Photo: Aaron Puckeridge.