Countdown to the Australian of the Year announcement

UNSW scientist Michelle Simmons is in the running to be named Australian of the Year this week for her pioneering physics research and inspiring leadership in quantum computing.
Deborah Smith | UNSW Newsroom 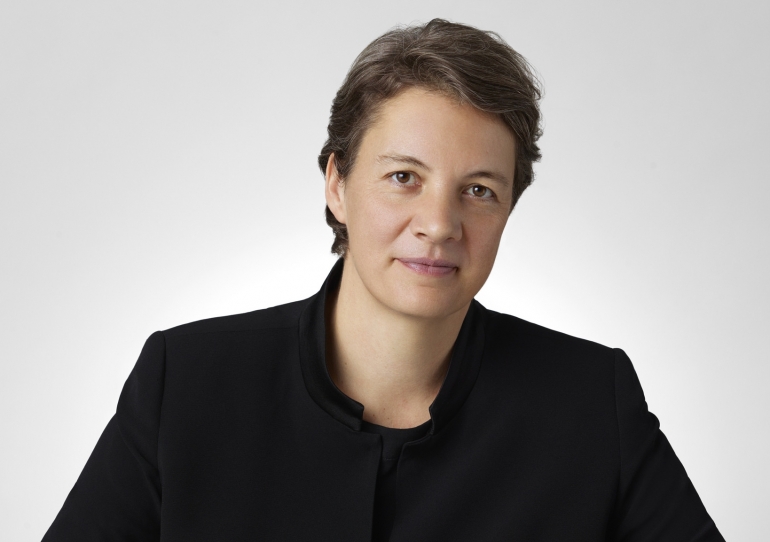 When asked to provide a deeply personal item to the National Museum of Australia for its exhibition showcasing this year’s eight state and territory candidates for the Australian of the Year award, Scientia Professor Michelle Simmons chose a chess set.

As a child of eight, growing up in south-east London, she had silently watched her father play chess with her brother. When she finally challenged her father to a game, he paid little attention while playing his young daughter and continued to chat to her mother.

“But I was fully focussed,” she recalls. “To his horror I won. When people don’t expect things of you, that makes you want to prove them wrong.”

She took up chess competitively and became London girls’ champion at age 11. 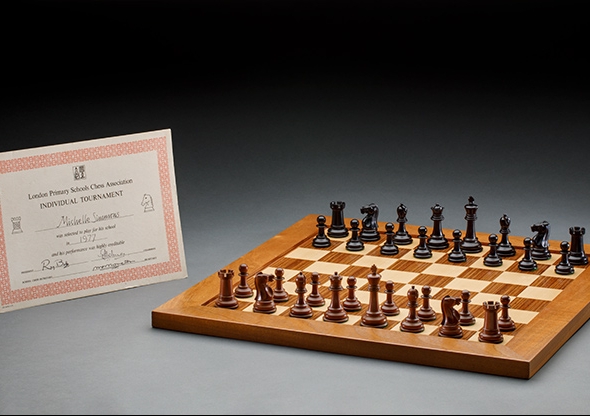 The chess set and winner’s certificate Simmons chose for the Canberra exhibition reflect the intense focus, drive and audacity she brings to the highly ambitious goals she has currently set herself.

As Director of the UNSW-based Australian Research Council Centre of Excellence for Quantum Computation and Communication Technology, CQC2T, Simmons is determined her world-leading team will prevail in the “space race of the century” and develop the first quantum computer in silicon.

She is equally passionate about ensuring Australia will benefit economically and socially from this revolutionary technology, which is set to transform most industries, including health, finance and transportation.

Fortunately, she thrives on immense challenges. “Quantum physics is hard. Technology at the forefront of human endeavour is hard,” she says. “That’s what makes it worth doing. Every day I wake up excited, looking forward to that euphoric feeling of figuring out something incredibly difficult. I like nothing more than pushing the boundaries of what is possible.”

Last November, Simmons was announced as 2018 NSW Australian of the Year for her outstanding research and visionary leadership in quantum computing.

On Thursday, she will find out whether she will also take out the national title. The special event, held at Parliament House and hosted by Prime Minister Malcolm Turnbull, will be televised on ABC TV from 7.30pm on 25 January. 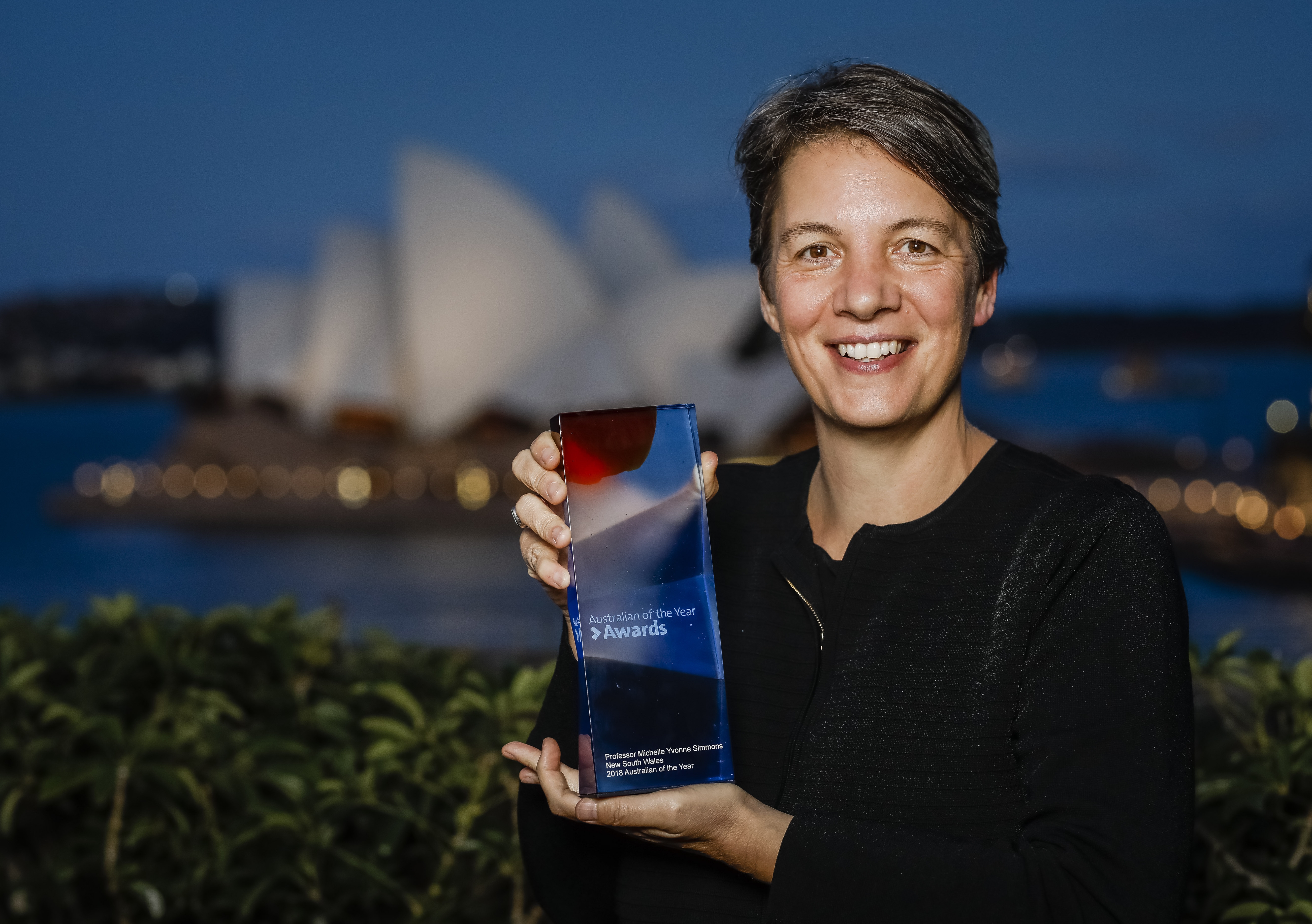 The honour would cap off a stellar period for Simmons, who heads a team of more than 200 researchers at eight universities across the country, as well as still teaching undergraduate Science students at UNSW.

Simmons joined UNSW from the UK in 1999 and led the successful bid to establish CQC2T in 2011. Her research group has achieved the technological feat of being the only one in the world that can manipulate individual atoms to make atomically precise electronic devices.

They have created the first single-atom transistor, as well as the narrowest conducting wires ever made in silicon, just four atoms wide and one atom high.

“Trying to control nature at its very smallest scale is phenomenally exciting and rewarding,” she says.

For “the new field of atomic electronics”, which she created, Simmons received a Foresight Institute Feynman Prize in Nanotechnology in 2016. And last month she was honoured as a pioneer in quantum computing by the American Computer Museum, alongside Mark Ritter from IBM.

She was also feted in Paris last March as an inspirational figure for young women, receiving a €100,000 international 2017 L’Oréal-UNESCO For Women in Science Award. As winner of the Asia-Pacific region, a large poster of her was hung at Charles de Gaulle airport in Paris, along with those of the other four eminent female “laureates” from different regions. 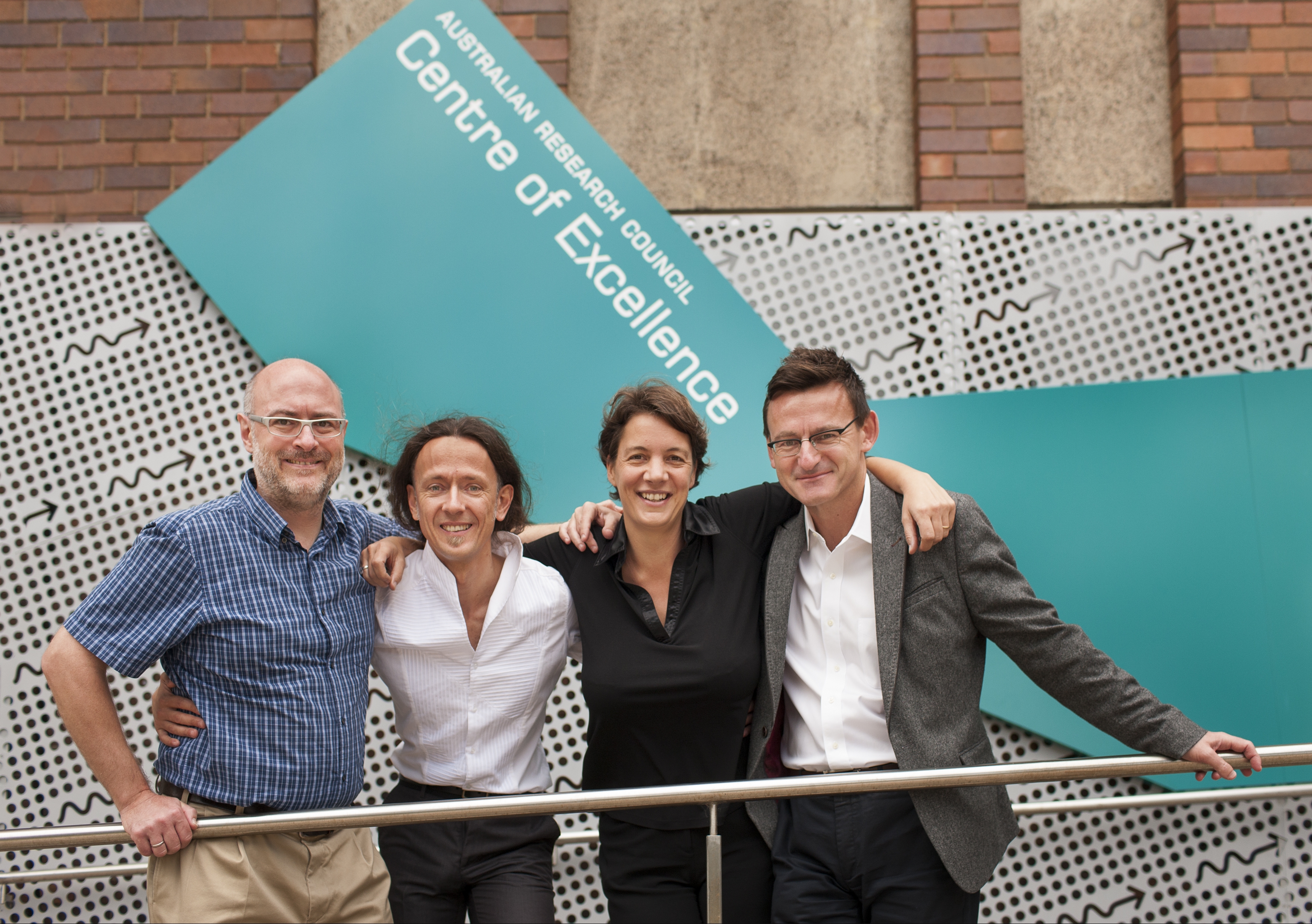 The team is now internationally recognised as leading the world in the race to develop a quantum computer in silicon.

In recognition of this, the Australian Research Council last year extended the funding to CQC2T as a flagship Centre of Excellence for another seven years, with a grant of $34 million, plus $103 million in cash-and-kind support from participating organisations to develop a suite of technologies for quantum computing, information storage and communications.

Simmons is also determined that Australian discoveries should be translated into commercial reality, to create new high-tech industries here.

She established Australia’s first quantum computing company, bringing together representatives of governments, industry and universities in a unique consortium to develop and commercialise the Centre’s world-leading research.

Launched last year and operating out of new laboratories at UNSW, Silicon Quantum Computing Pty Ltd has set itself the target of producing a 10-qubit integrated circuit prototype in silicon by 2022, as the forerunner to a silicon-based quantum computer.

The federal government has invested $26 million in the $83 million venture through its National Innovation and Science Agenda, with an additional $25 million coming from UNSW, $14 million from the Commonwealth Bank of Australia, $10 million from Telstra and $8.7 million from the NSW Government. 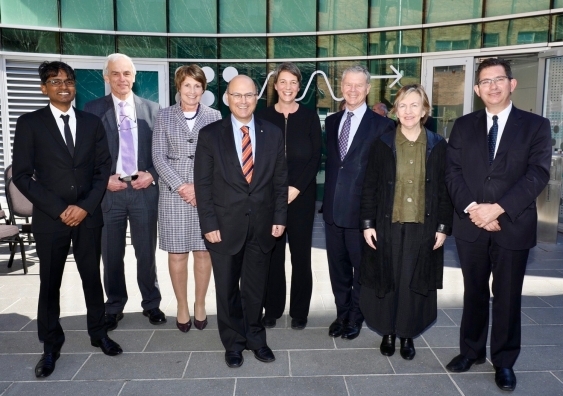 Instead of performing calculations one after another, like a conventional computer, a quantum computer would work in parallel and be able to look at all the possible outcomes at the same time.

“A quantum computer would be able to solve problems in minutes that would otherwise take thousands of years,” says Simmons. “The international race to build one is highly competitive. It’s nail-biting, it’s exciting and it’s happening right now in Sydney. The significance for Australia should not be underestimated.”

Simmons went to a “fairly rough” London comprehensive school, Eltham Green Secondary, but was inspired by a passionate science teacher to aim high. She was one of only a couple of young women in her year who studied physics at Durham University.

After gaining her PhD there designing and building electronic devices, she moved to Cambridge University, researching some of the weird quantum effects that emerge at the atomic scale.

She became drawn to a new technological challenge: “I wanted to build something that would be useful. To create new devices that had never been made before, where each atom had to be put in place to engineer a particular effect,” she says.

Her decision to move to Australia and UNSW to do this work was “easy” she explained when giving the Australia Day address in NSW last year – the first female scientist to do so in its 20-year history.

The Australian give-it-a-go attitude, the academic freedom to pursue ambitious projects and new ideas, and the collaborative culture were major factors. “I firmly believe there is no better place to undertake research,” she says.

Critics around the world claimed the technological challenges Simmons faced were too great, and that she was attempting the near impossible. It took a decade for her to systematically prove them wrong, and to build the equipment and know-how to create unique electronic devices made from single phosphorus atoms in silicon.

Her success has garnered Simmons, who became an Australian citizen in 2007, many honours. She is one of the few academics to have been awarded two Australian Research Council Federation Fellowships and currently holds a Laureate Fellowship.

She has won both the Australian Academy of Science’s Pawsey Medal (2005) and Thomas Ranken Lyle Medal (2015) for outstanding research in physics, and was elected one of the youngest Fellows of the Academy in 2006. She was named NSW Scientist of the Year in 2012, and in 2015 she was awarded a Eureka Prize for Leadership in Science.

She had the rare distinction for an Australian researcher of becoming an elected member of the prestigious American Academy of Arts and Sciences in 2014. She is also Editor in Chief of the first Nature Partner Journal based in Australia, npj Quantum Information.

If she is chosen on Thursday as Australian of the Year, Simmons’ advice to young men and women will reflect the many insights she has gained on her journey to the top: to keep their sights high, tackle the hardest tasks in life, defy others’ expectations, and be the creators, rather than just the users, of new technology.

As she noted last year in her address: “In Australia, when praising ourselves . . . we tend to emphasise the beauty of our natural environment, our great lifestyle, and the easy-going nature of our people. The lucky county. I want Australians above all to be known as people who do the hard things.”

Star of the Sub-Atomic: The Australian Magazine by Richard Guilliatt