Climate change denialism is something we all suffer from

Even those who don't question human-induced climate change can fall on the spectrum of climate denialism if they are all talk and no action, a UNSW psychology researcher argues.
Caroline Tang | UNSW Newsroom 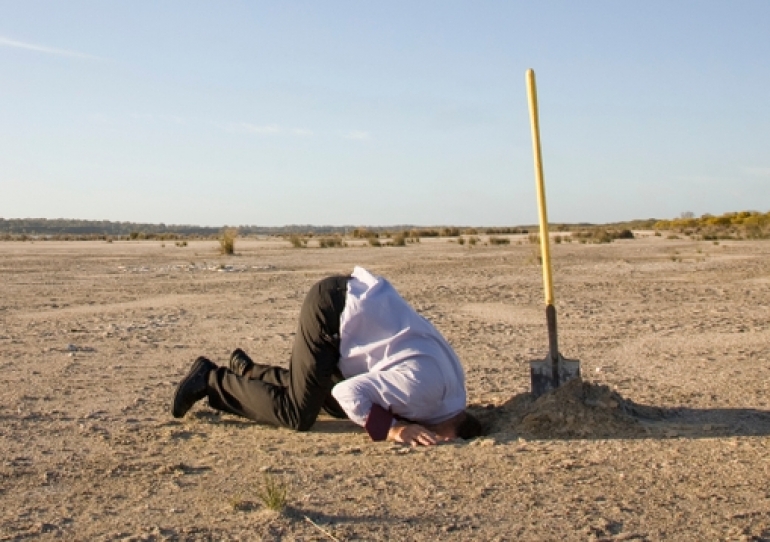 Climate change denialism is something that applies to more than just diehard non-believers, a UNSW Sydney researcher argues.

The unprecedented bushfire crisis has strengthened demand for government action on climate change and galvanised Australians to take to the streets protesting against the nation’s reliance on fossil fuels.

Some Australians have taken more drastic action, such as actor Yael Stone who gave up the permanent right to work in the US.

But for many people, such action seems unrealistic.

"While we may know it is better for the environment to give up our car for public transport, stop using single-use plastics, or eat less meat — we do not always do all these things all the time.

"It’s almost impossible to live with zero impact on the planet, but it’s what we do when we recognise this that matters", Belinda Xie asserts.

The UNSW Scientia PhD candidate specialises in cognitive science and researches the psychology of climate change.

“It’s important that we acknowledge we are all climate deniers, to some extent, and then understand how and why we reached this point,” Ms Xie said.

“It’s not simply because humans are bad or selfish people: there are a lot of external factors out of our control, such as the information we consume that can encourage denialism, or the way our economy is set up.

“So, we then need to ask ourselves: how do we overcome this denialism – what action can we take as a community and what can government and business do?”

Ms Xie said psychologists’ interest in climate science ramped up when climate scientist James E. Hansen told the US Senate in 1988 that the greenhouse effect had been detected and was changing the climate.

“Climate scientists have been doing their research and communicating it for many decades, but achieving behavioural change has been difficult,” she said.

“So, psychologists have been trying to find out why – for example, psychologists discovered that emotions and shared values, not facts, more easily resonate with people.

“There has also been the emergence of mental health issues stemming from climate change which is another concern to psychologists.” 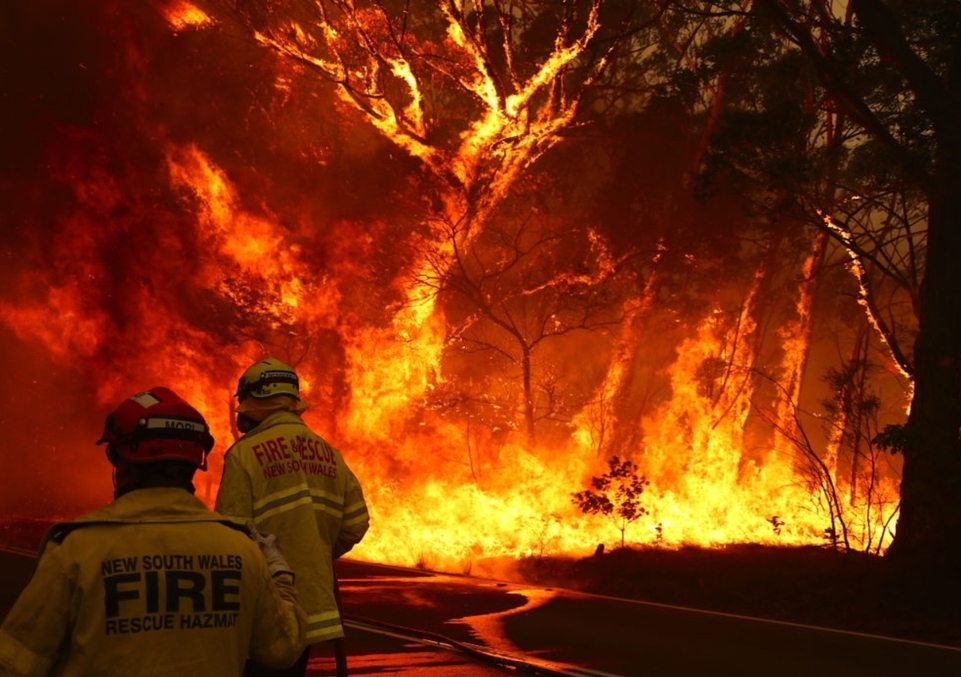 Ms Xie said researchers defined denialism as a “construct” in the context of climate change and environmental psychology.

“To know that something is real but to actively say it's not – that’s denialism,” she said. “Sociologist Stanley Cohen’s well-known categorisation system refers to three types of denial: Literal, Interpretive and Implicatory denial.

“The last one, Implicatory denial, is: ‘I accept the climate is changing and that humans are causing it, but whether we need to do anything about it is debatable’.”

“The study identified six distinct groups of Americans on a spectrum from climate action to climate denialism, and found three subcategories of deniers,” she said.

“Since the original study, the researchers have monitored the size of these six groups and found that most Americans now believe climate change is happening, while a minority remain in the denialist categories.”

Ms Xie said there were a multitude of psychological factors and motivations which contributed to climate denialism, from motivated reasoning, free-market ideology and social norms, to pluralistic ignorance and inefficacy.

“In motivated reasoning, you reach a conclusion first and then you interpret and seek out information that’s consistent with that; for example, you might decide climate change is an obstacle to you enjoying your way of life, so in order to not worry about it you deny its existence,” she said.

“There are also social factors and norms; so, if all your friends are denying something and you still want to be friends with them, then you will probably also deny it.

“Climate change is also a political issue – people affiliate with political parties, their people and policies – and there is a lot of institutional and systematic denial disseminated through fossil fuel companies and parts of the media, so all this information influences people’s beliefs, even if they don’t actively seek it.”

“This concept is popular amongst people who are politically conservative: the belief that free markets should be left to function without government intervention,” she said.

“If people believe in free market ideology, it's more difficult for them to accept climate action, such as government carbon emissions policies.”

The idea of “pluralistic ignorance” was a further important factor in denialism, Ms Xie said.

“This is where a majority of people think their beliefs are in the minority, while a vocal minority thinks their beliefs reflect the majority,” she said.

“For example, climate deniers have loud voices that are publicised through a host of major media outlets.

“But, according to many surveys and polls, most Australians accept that climate change is happening and underestimate the rate at which they think other Australians also believe the same thing.”

Ms Xie said that as a result, many Australians could feel uncomfortable expressing their climate change views without knowing their views are, in fact, popular.

“In the case of climate change then, it could well be that the so-called ‘quiet Australians’ are those who support climate action,” she said. 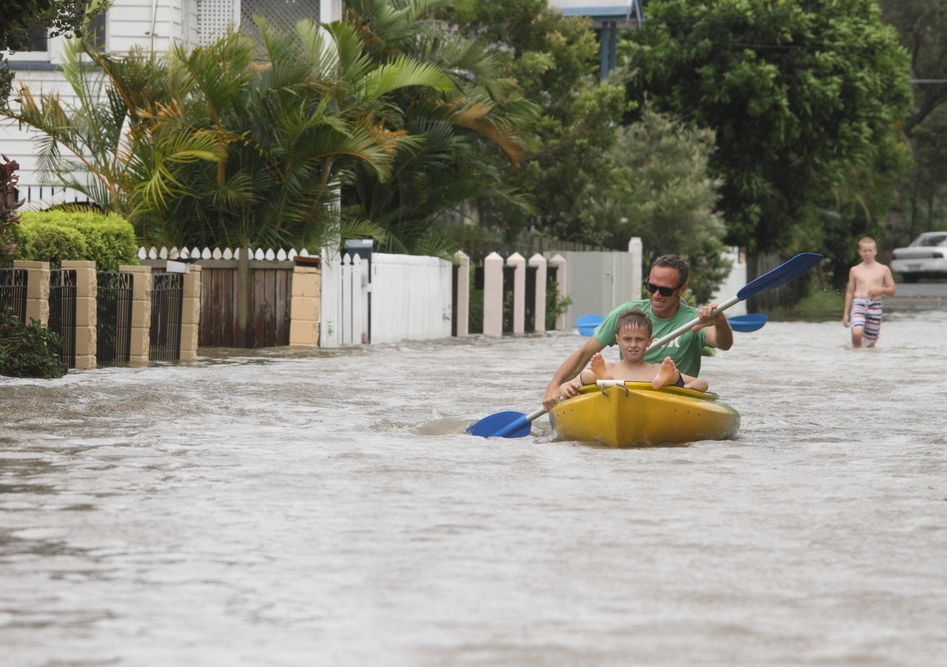 Ms Xie said it was important to recognise that we are all on the spectrum of climate denialism.

“The alternative, to be constantly thinking about and acting on the climate crisis, would be debilitating,” she said.

“We are all hypocrites to some extent, including the celebrities who signed the controversial letter supporting environmental group Extinction Rebellion.

“The letter acknowledged the undersigned were hypocrites for wanting climate action while leading high emissions lifestyles.”

Ms Xie said the letter showed how denial could be one contributor to people continuing their high emissions lifestyles.

“There are, however, a lot of other obstacles discouraging people from taking action,” she said.

Ms Xie’s research on predicting climate change risk perception and willingness to act was published in the Journal of Environmental Psychology last year.

“In the context of promoting climate mitigation, we proposed behavioural willingness as a more important outcome variable than risk perception,” she said.

“We noted, however, that behavioural willingness is ultimately different from actual behaviour.

“So, by identifying how much other factors influence behavioural willingness and actual behaviour, researchers will be better positioned to advise policymakers and communicators on how to increase climate action.” 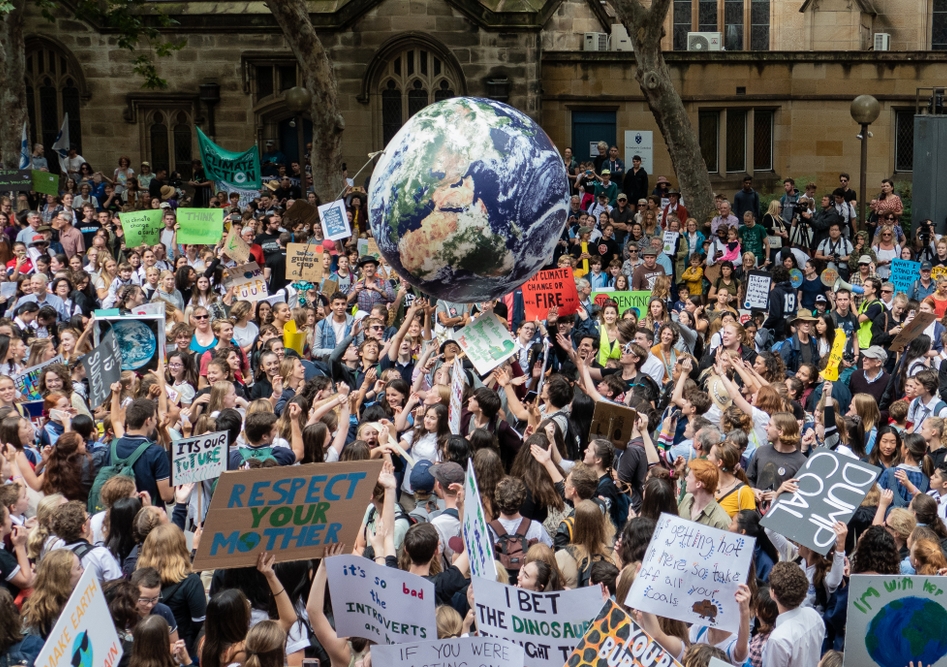 Ms Xie said it was a challenge to live without having an impact on the environment and even she could be a denier at times.

“I sometimes deny it in order to live, for example, I felt terrible taking a plane trip back home for Christmas, but I denied it to keep on living,” she said.

“Australia is a wealthy nation with high emissions, so it's difficult to live here without being some sort of hypocrite and engaging in action that involves emissions.

“For a modern society to function there will be some denial involved.”

Ms Xie said it was important to recognise this and take action to move beyond our own climate denialism and then urge others to do the same.

“It could be as simple as starting a conversation with friends and family, writing to MPs, donating to a climate action organisation, or becoming a more environmentally conscious consumer,” she said.

“You might even attend a rally – we argued that striking to support climate action can promote the psychological factors most important for fighting climate change.

“Based on our research, decreasing inefficacy – the belief that ‘I can’t make a difference’ – and promoting social norms, are some of the most effective ways to encourage action on climate.”

Ms Xie said appealing to emotions and shared values was also key to fostering action, because researchers in psychology agreed that facts were not always a good strategy for changing minds.

“For example, even if you provide people with the facts about climate change, not everyone is going to interpret them in the way that you intend,” she said.

“So, there is an increasing focus on engaging people's values through interesting stories and having those stories told through diverse sources to encourage connections and ultimately, action on climate.

“Making behavioural change at an individual level is important, but it’s just as important for the people and institutions at the top to inspire and implement change for the good of our planet and future generations.”