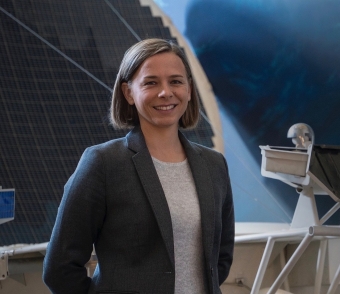 The Women in STEM Ambassador Program works on gender equity issues across all Science, Technology, Engineering and Mathematics (STEM) disciplines including natural, physical and life sciences. Australia’s first Women in STEM Ambassador, Professor Lisa Harvey-Smith is poised to lead the Government’s effort to support and work in STEM fields.

The primary aim of the Ambassador's role is to increase the participation of women and girls in STEM studies and careers. The Ambassador works towards achieving this by engaging with stakeholders across Australia to build visibility and drive needed cultural and social change for gender equity in STEM.

Professor Lisa Harvey-Smith complements the existing work and activities that are driving greater gender equity in STEM, both government and sector-led, and aims to improve co-ordination and national benefit from those activities. She works across all sectors including education and training, research, academia and industry.

Professor Lisa Harvey-Smith is the Australian Government’s Women in STEM Ambassador and a Professor of Practice in Science Communications at UNSW Sydney.

She’s an award-winning Astronomer with research interests in the birth and death of stars and supermassive black holes. She was formerly the CSIRO project scientist for the Square Kilometre Array, a continent-spanning next-generation radio telescope that will survey billions of years of cosmic history.

Professor Harvey-Smith earned a master’s degree in physics with honours in Astronomy and Astrophysics from the University of Newcastle-upon-Tyne and a PhD in Radio Astronomy from Jodrell Bank Observatory at the University of Manchester. She has also completed research projects at the Max-Planck-Institute for Radio Astronomy in Germany and The Joint Institute for Very Long Baseline Interferometry in Europe (JIVE) in the Netherlands, before moving to Australia.

Lisa is a presenter on the popular ABC television show Stargazing Live and author of the popular science book When Galaxies Collide. Lisa is also a TEDx speaker, a regular science commentator on TV and radio and has appeared on stage with Apollo astronauts including Buzz Aldrin. In 2018 she toured Australia with her live show ‘When Galaxies Collide’

She was named in the Sydney Morning Herald's 100 Most Influential People in 2012 and won both the CSIRO Chairman's medal and the Eureka Prize for Promoting Understanding of Australian Science Research in 2017.

Explore the career options in STEM from Aviation right through to Information Technology. Learn about the growth of the industry and study options that can launch your career.

The Girls in STEM Toolkit

Provides resources for students, educators and families to increase the engagement of girls in STEM.

A database of 2,000+ STEM women in Australia. Use this resource to find talent for media and conference.

Read great stories and be inspired by videos that showcase how young Australian girls are building core enterprising and innovation skills.

An ultimate career guide to getting hired for STEM graduates in Australia.

The Government’s strategy aims to increase gender equity in STEM education and careers. 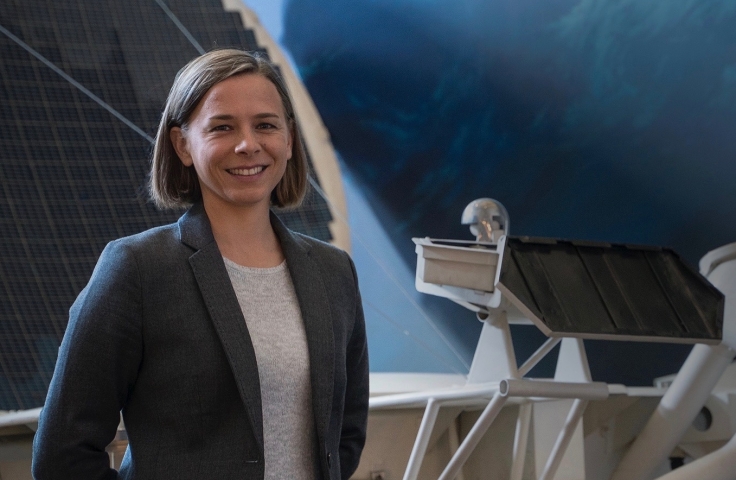 World-renowned astrophysicist and champion of women in STEM joins UNSW

Lisa Harvey-Smith has joined UNSW Sydney as Professor of Practice in Science Communication and the Australian government's Women in STEM Ambassador.
chevron_right
19 Oct 2018

Australia’s first Women in STEM Ambassador, Professor Lisa Harvey-Smith, is poised to lead the Government’s efforts to encourage girls and women to study and work in science, technology, engineering and mathematics (STEM) fields.

Under-Representation of Women in STEM is Holding Back National Prosperity

Australia has not yet made the systemic changes required to achieve diversity in science, technology, engineering and mathematics (STEM), with the current under-representation and under-utilisation of women in the STEM workforce posing a threat to

Strategy to Advance Women in STEM

The Morrison Government continues to tackle gender inequity in science, technology, engineering and mathematics with the launch of a new women in STEM strategy.