Testing the Fidelity of a Quantum Computer

Quantum computing is the latest tech innovation promising to change the way we do science. When we make components of computers small enough, they start to follow the rules of quantum physics, which produces some very strange results. In the last few decades, we’ve realised that we can use this to our advantage. The properties of quantum mechanics can be used to solve extremely large problems, like modelling the weather or the economy, or cracking codes. The very first quantum computers are being built right now, all over the world. 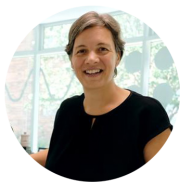 Professor Michelle Simmons is an ARC Laureate Fellow and has been the Director of the Centre of Quantum Computation and Communication Technology since 2010.  She is also the founding Director of Silicon Quantum Computing Pty. Ltd, Australia’s first quantum computing company and Editor-in-Chief of npj Quantum Information, Nature’s premier journal in the emerging field of quantum information science.

Michelle has pioneered unique technologies globally to build electronic devices at the atomic scale. Her team is the only group world-wide that can create atomically precise devices in silicon – developing the first precision single atom transistor, narrowest conducting wires in silicon and most recently the demonstration of the first 2 qubit gate using phosphorus atoms in silicon. With over 400 peer reviewed publications, 21 granted patents and >180 invited/plenary talks, she is the international leader in atomic electronics. 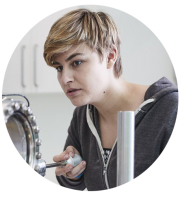 Georgina is a third-year PhD Candidate in silicon quantum computing, supervised by Scientia Professor Michelle Simmons at the Centre for Quantum Computation and Communication Technology, UNSW. She has a Bachelor of Philosophy (Honours) in Physics, Mathematics and Statistics from the University of Western Australia.