Do you know subtle changes in the eye-motion patterns such as blinks, fixations and saccades can tell human fatigue? Successfully identifying eye movement-related fatigue indicators could detect the presence of fatigue in a transport operator such as drivers and pilots. That could realise a class of effective fatigue detection system in future and considerably reduce transport accidents caused by fatigue.

In this project, students will examine the relationship between eye-motion features and operator's fatigue, using pre-collected eye-tracking data from a simulator-based driver fatigue experiment. Then, they will determine which eye-motion features could possibly indicate mental fatigue and sleepiness of a transport operator. This project will equip students with skills required to analyse a large physiological dataset, including experience in coding and statistical analysis. 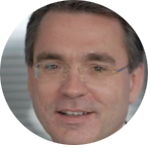 Gabriel Lodewijks is currently heads the School of Aviation at UNSW. After completing a PhD research project on dynamics of belt systems, such as moving sidewalks and escalators, Professor Lodewijks moved to the USA where he worked for a small engineering company as engineer special projects specialising in large scale transport systems. In 1999 he moved back to the Netherlands and was appointed professor of transport engineering and logistics at Delft University of Technology, the Netherlands in 2000. In 2003 he was appointed head of the department of marine and transport technology and later deputy dean of the faculty of mechanical, maritime and materials engineering. In 2007 he was appointed Chief Technology Officer of the Schiphol group, a company that operates airports around the world. In 2008, Professor Lodewijks was appointed scientific director of the Delft Centre of Aviation. In 2016, Professor Lodewijks was appointed Head of School of Aviation at UNSW. Besides being active at the UNSW, he works as visiting/guest/chair professor at the University of Witwatersrand, South Africa, Wuhan University of Technology, Beijing University of Science and Technology, China University of Mining and Technology and Newcastle University, Australia. His main research interest is the design of transportation systems. He has authored over 300 publications in journals, conferences and books. 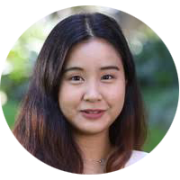 Xinyun Hu is currently a PhD student at the School of Aviation. She has a bachelor’s degree and a master’s degree in Mechanical Engineering from Wuhan University of Technology, China. She was also a researcher at the Dept. of Informatics, Modelling, Electronics and Systems (DIMES) of University of Calabria, Italy in 2016. Her research interests are mainly focused on the detection and classification of operator fatigue (both drivers and pilots) through eye movements and electrophysiological signals such as EEG. Her research also aims to give a psychological insight into the existing non-invasive measures for operator fatigue by differentiating drowsiness and other fatigue responses.